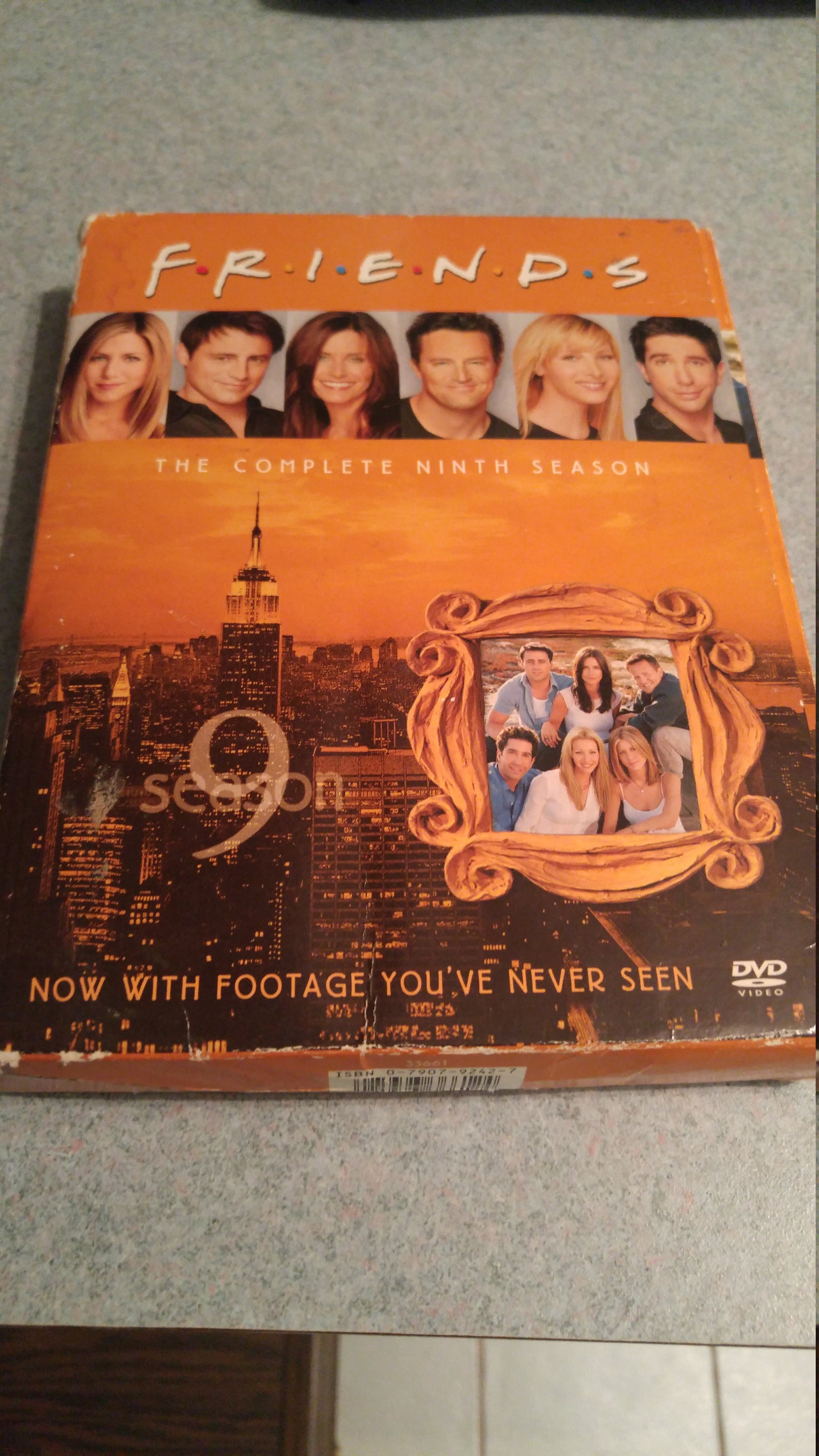 The ninth season of Friends, an American sitcom created by David Crane and Marta Kauffman, premiered on NBC on September 26, 2002. Friends were produced by Bright/Kauffman/Crane Productions, in association with Warner Bros. Television. The season contains 24 episodes and concluded airing on May 15, 2003. used, but in very good condition