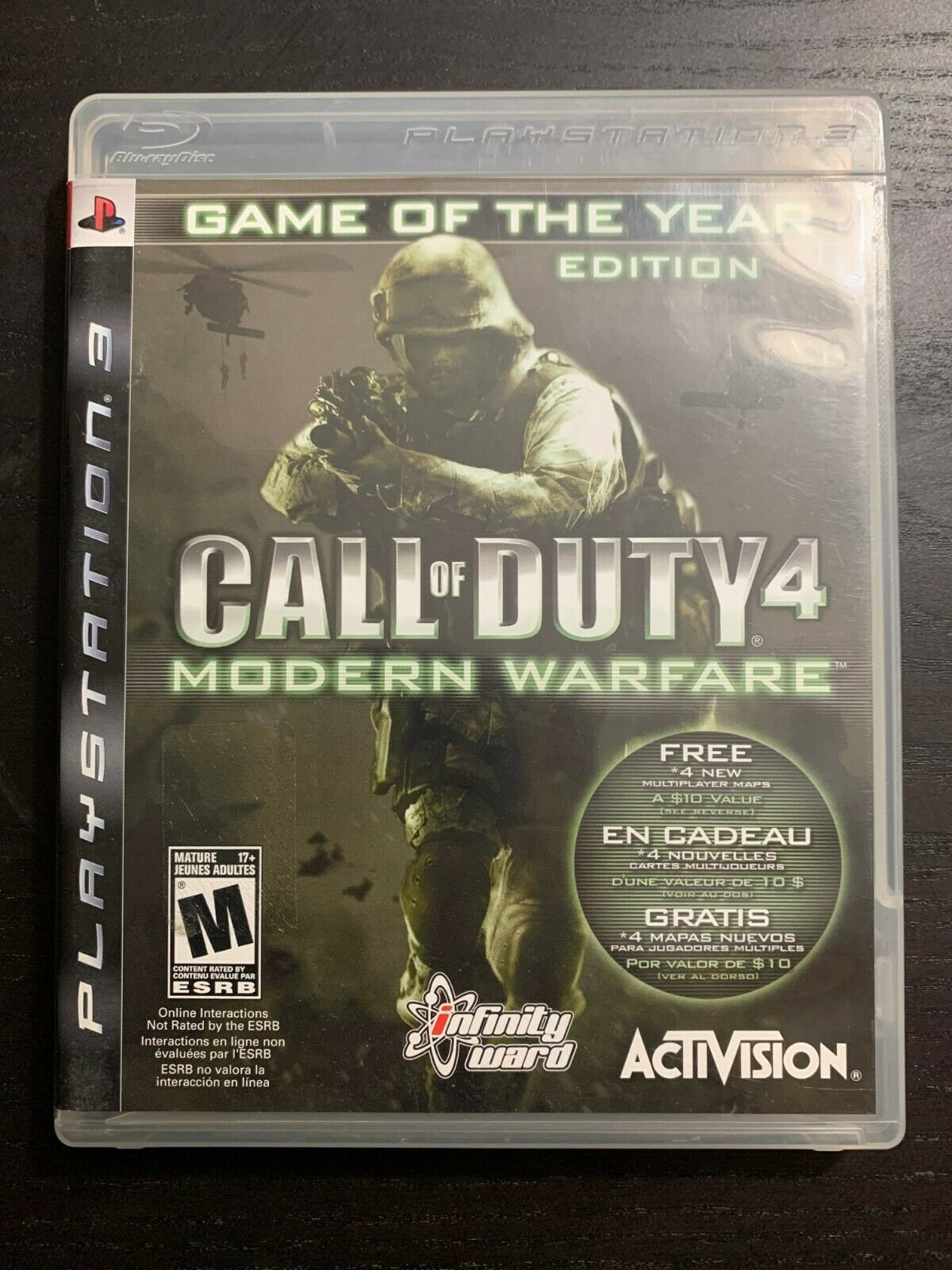 Call of Duty 4: Modern Warfare is a 2007 first-person shooter video game developed by Infinity Ward and published by Activision. It is the fourth main installment in the Call of Duty series. The game breaks away from the World War II setting of previous entries and is instead set in modern times. Developed for over two years, Modern Warfare was released in November 2007 for the PlayStation 3, Xbox 360, and Microsoft Windows, and was ported to the Wii as Call of Duty: Modern Warfare – Reflex Edition in 2009.


used game, but in great condition