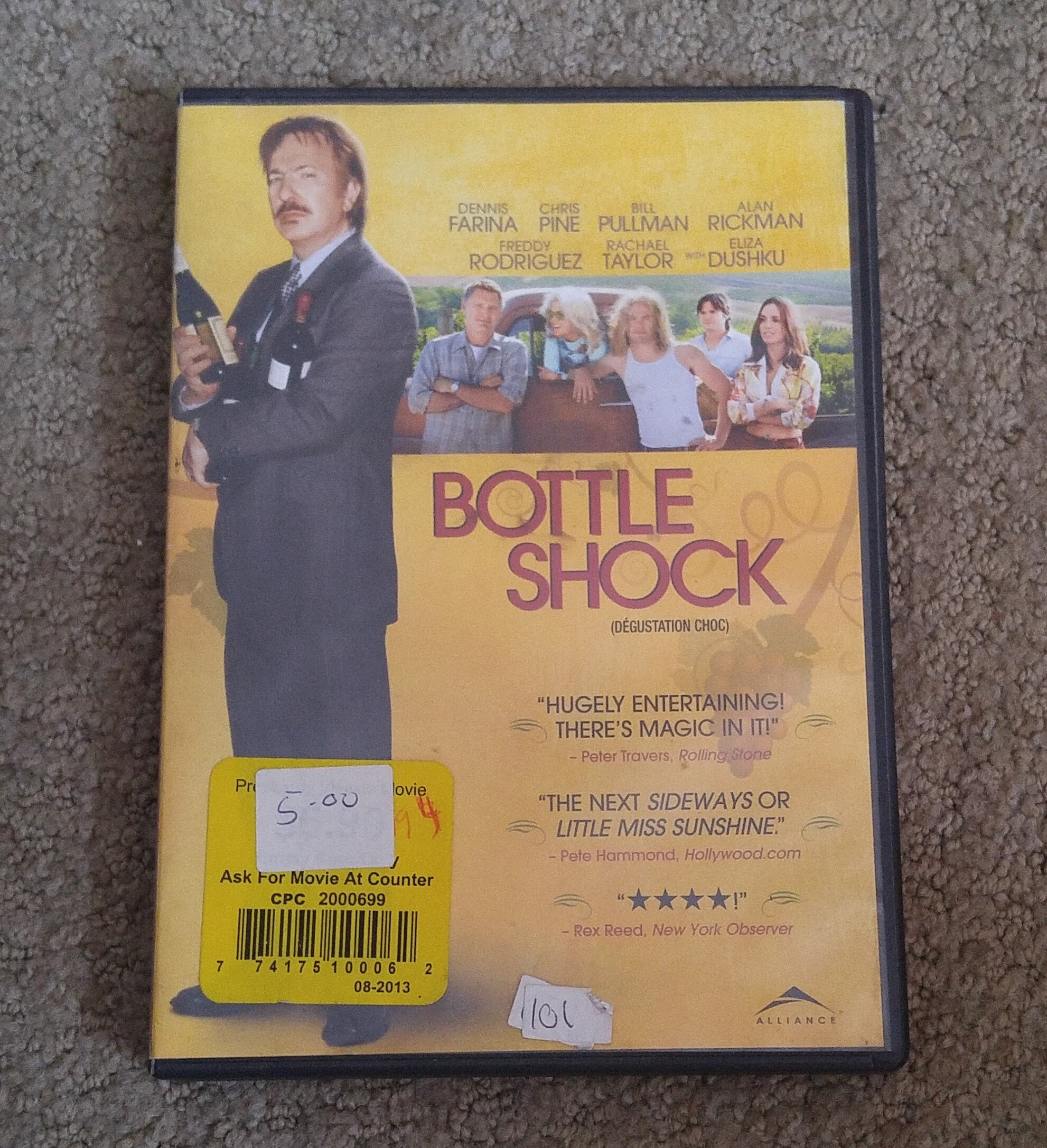 Bottle Shock is a 2008 American comedy-drama film based on the 1976 wine competition termed the "Judgment of Paris" when California wine defeated French wine in a blind taste test. It stars Alan Rickman, Chris Pine, and Bill Pullman and is directed by Randall Miller, who wrote the screenplay along with Jody Savin and Ross Schwartz. It premiered at the 2008 Sundance Film Festival. used DVD, but in good condition