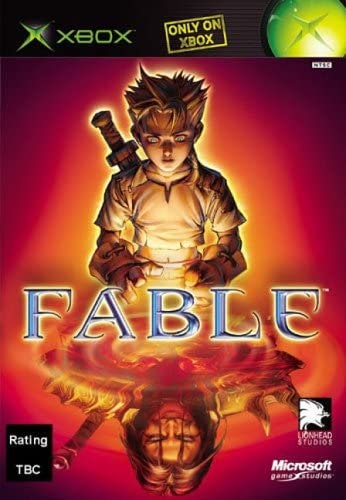 Fable is an action role-playing video game, the first in the Fable series. It was developed for the Xbox, Microsoft Windows, and Mac OS X platforms by Big Blue Box Studios, a satellite developer of Lionhead Studios, and was published by Microsoft Studios. The game shipped for the Xbox in September 2004. An extended version of the game, Fable: The Lost Chapters, was released for the Xbox and Windows in September 2005. A port of the game for Mac OS X, created by Robosoft Technologies and published by Feral Interactive, was released in March 2008 after a delay of more than two years due to licensing issues.