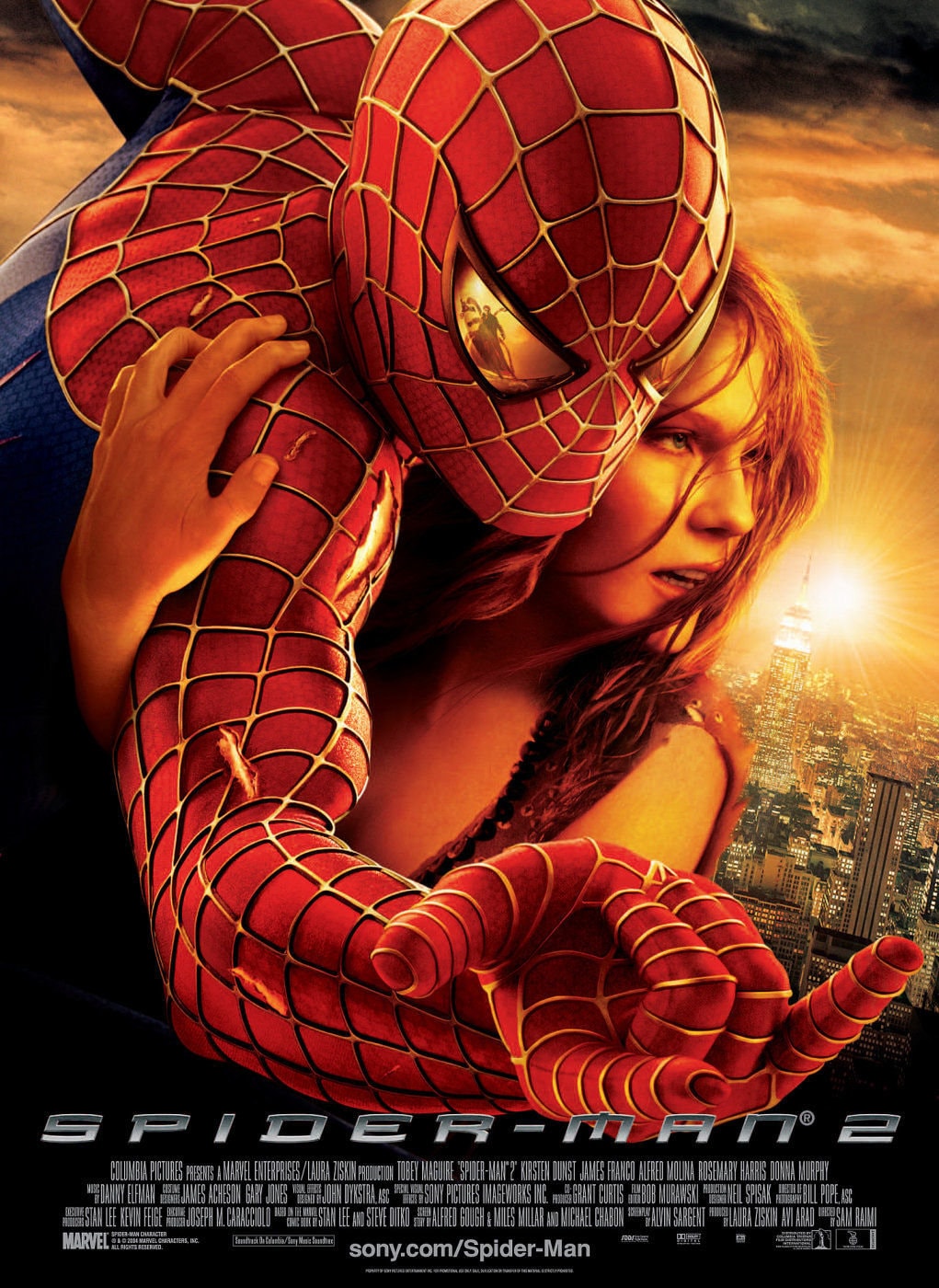 Spider-Man 2 is a 2004 American superhero film directed by Sam Raimi and written by Alvin Sargent from a story by Alfred Gough, Miles Millar, and Michael Chabon. Based on the fictional Marvel Comics character of the same name, it is the second installment in the Spider-Man trilogy and the sequel to Spider-Man (2002), starring Tobey Maguire alongside Kirsten Dunst, James Franco, Alfred Molina, Rosemary Harris, and Donna Murphy.