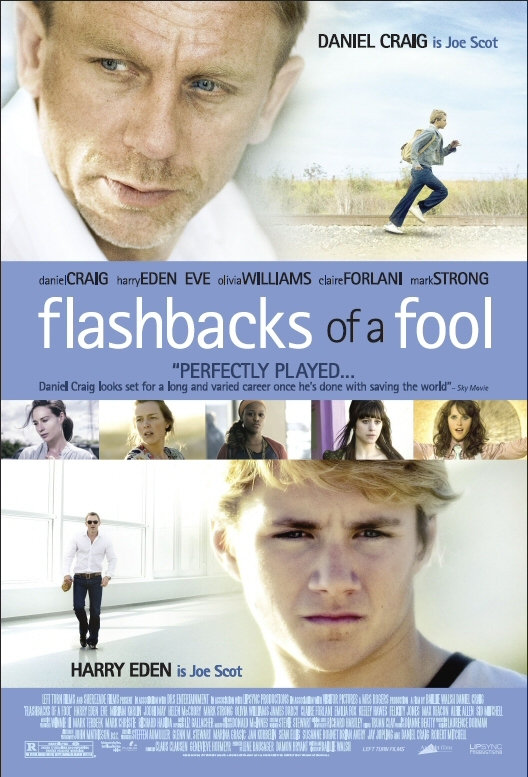 Flashbacks of a fool

Flashbacks of a Fool is a 2008 British drama film about a Hollywood actor who, following the death of his childhood best friend, reflects upon his life and what might have been, had he stayed in England. The film was directed by Baillie Walsh and stars Daniel Craig, Harry Eden, Claire Forlani, Felicity Jones, Emilia Fox, Eve, Jodhi May, Helen McCrory, and Miriam Karlin.