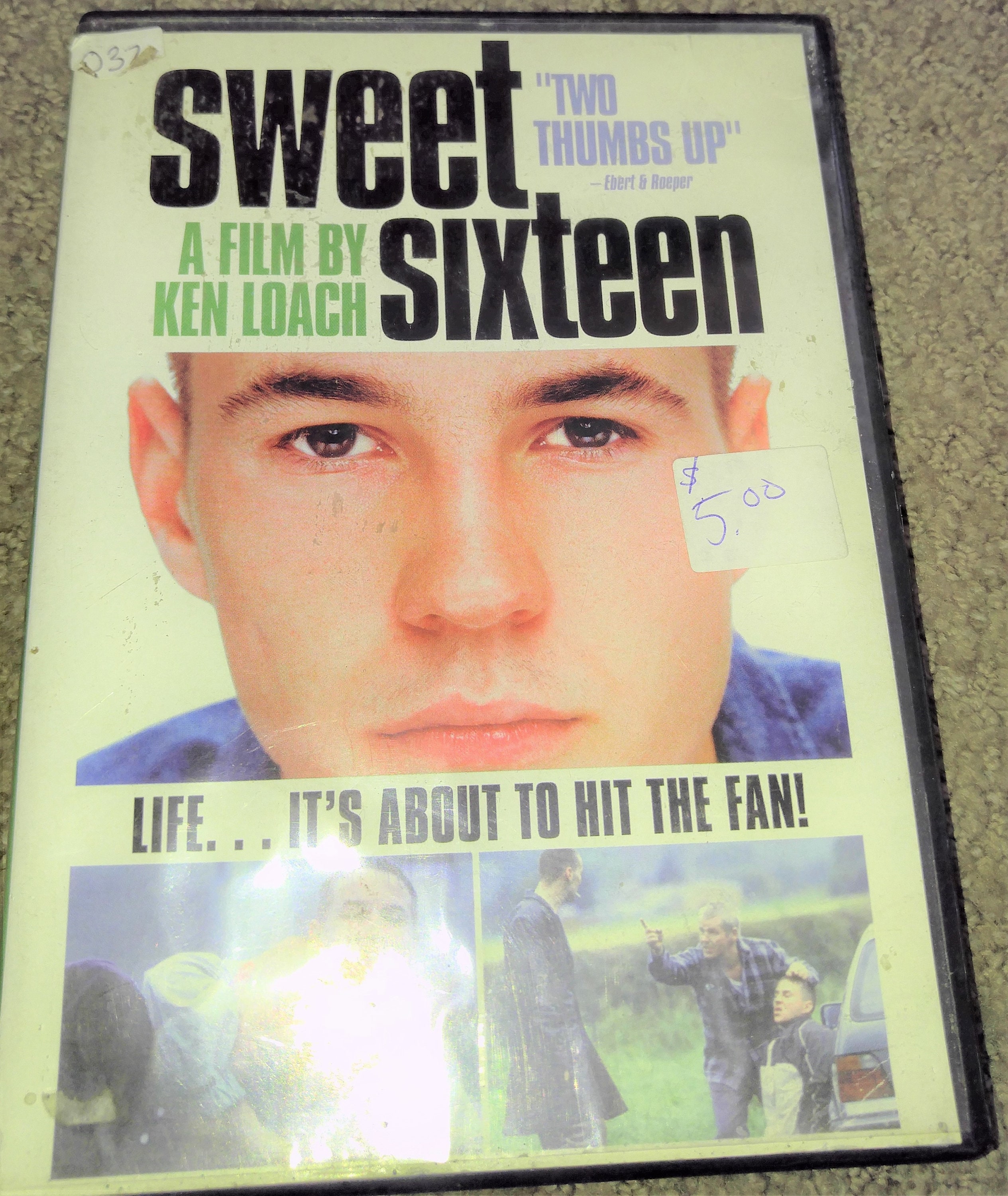 Sweet Sixteen is a 2002 British drama film directed by Ken Loach. Set in Scotland, the film tells the story of Liam, a teenage boy from a troubled background who dreams of starting afresh with his mother as soon as she has completed her prison term. Liam's attempts to raise money for the two of them are set against the backdrop of the Inverclyde towns of Greenock, Port Glasgow, and the coast at Gourock.

The film is often shown with subtitles because, as with many of Loach's films, the dialogue is extensively in a local dialect, in this case, the Inverclyde variant of Scottish English and Scots,[2] a similar dialect and accent to Glaswegian.

used DVD, but in great condition