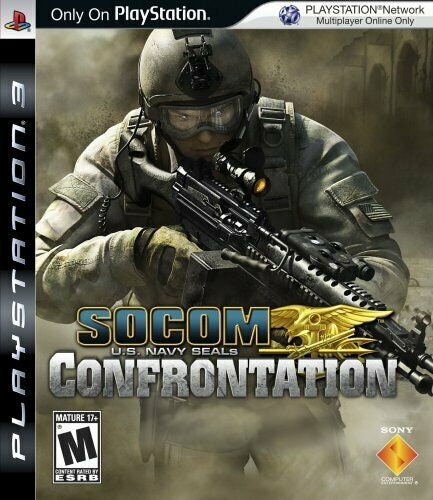 SOCOM U.S. Navy SEALs: Confrontation was a tactical shooter video game developed by Slant Six Games and published by Sony Computer Entertainment exclusively for PlayStation 3. Confrontation came packaged with the PlayStation 3 Bluetooth headset or as a standalone game and was also released as a downloadable title from PlayStation Network. The player is able to customize their character, choosing from a list of predefined items.