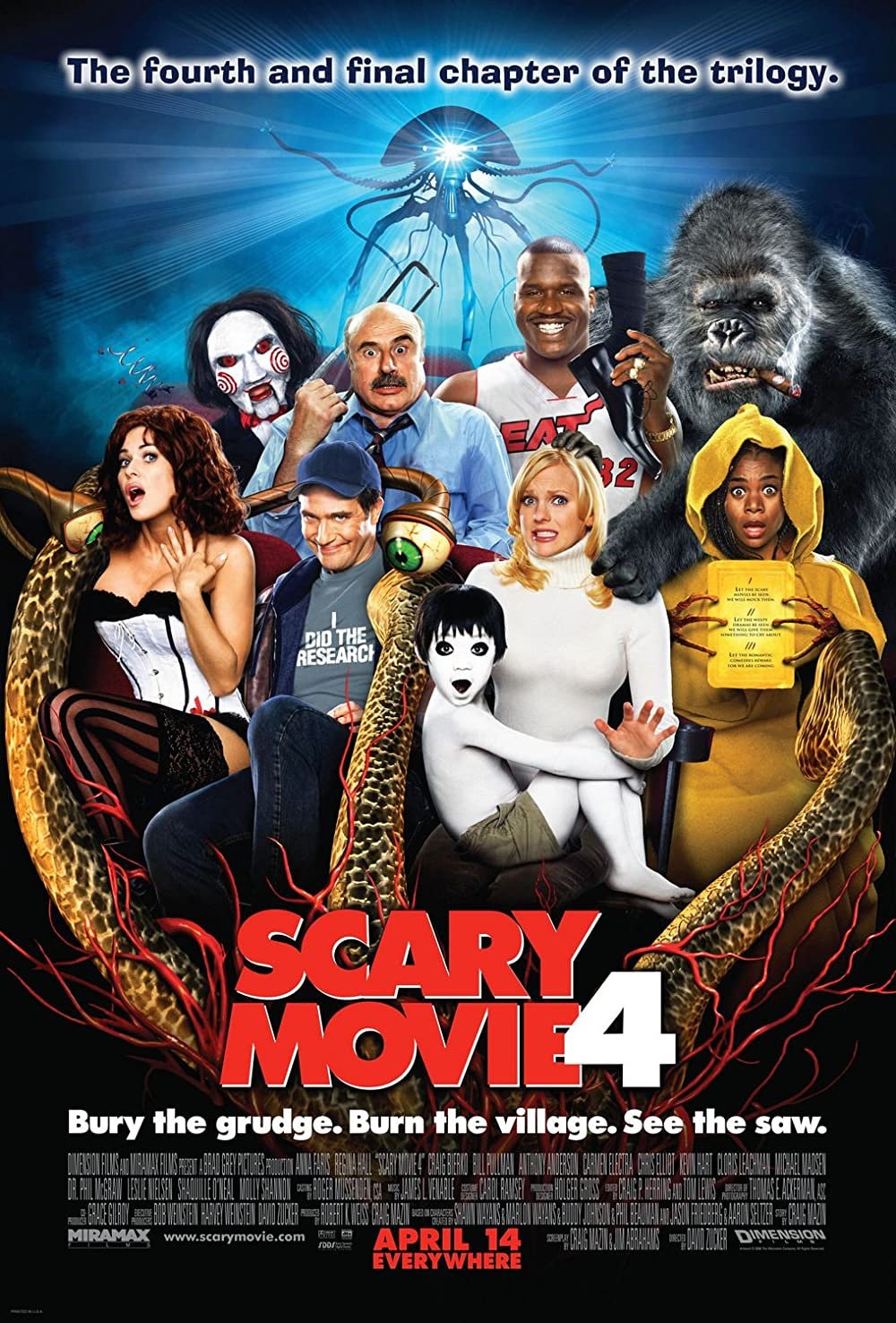 Scary Movie 4 is a 2006 American science fantasy comedy horror film and the fourth installment in the Scary Movie film series, as well as the first film in the franchise to be released under The Weinstein Company banner since the purchase of Dimension Films from Disney. It was directed by David Zucker, written by Jim Abrahams, Craig Mazin, and Pat Proft, and produced by Robert K. Weiss and Craig Mazin.