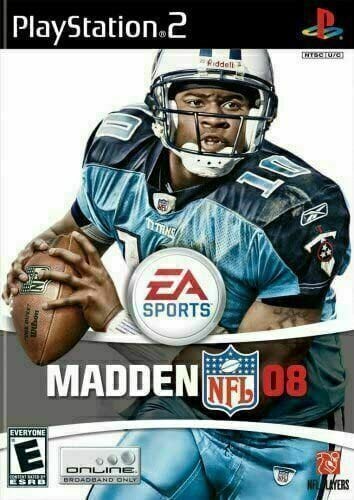 Madden NFL 08 is a 2007 American football video game based on the NFL that was published by EA Sports and developed by EA Tiburon. It is the 19th installment in the Madden NFL video game franchise. It features the former Tennessee Titans quarterback Vince Young on the cover; San Diego Chargers defensive end Luis Castillo was the cover athlete for the Spanish-language version. This was the first Madden game made for 11 different platforms, it was released on August 14, 2007, for Xbox 360, Wii, PlayStation 3, PlayStation 2, Nintendo DS, PlayStation Portable, Xbox, GameCube, and Microsoft Windows.