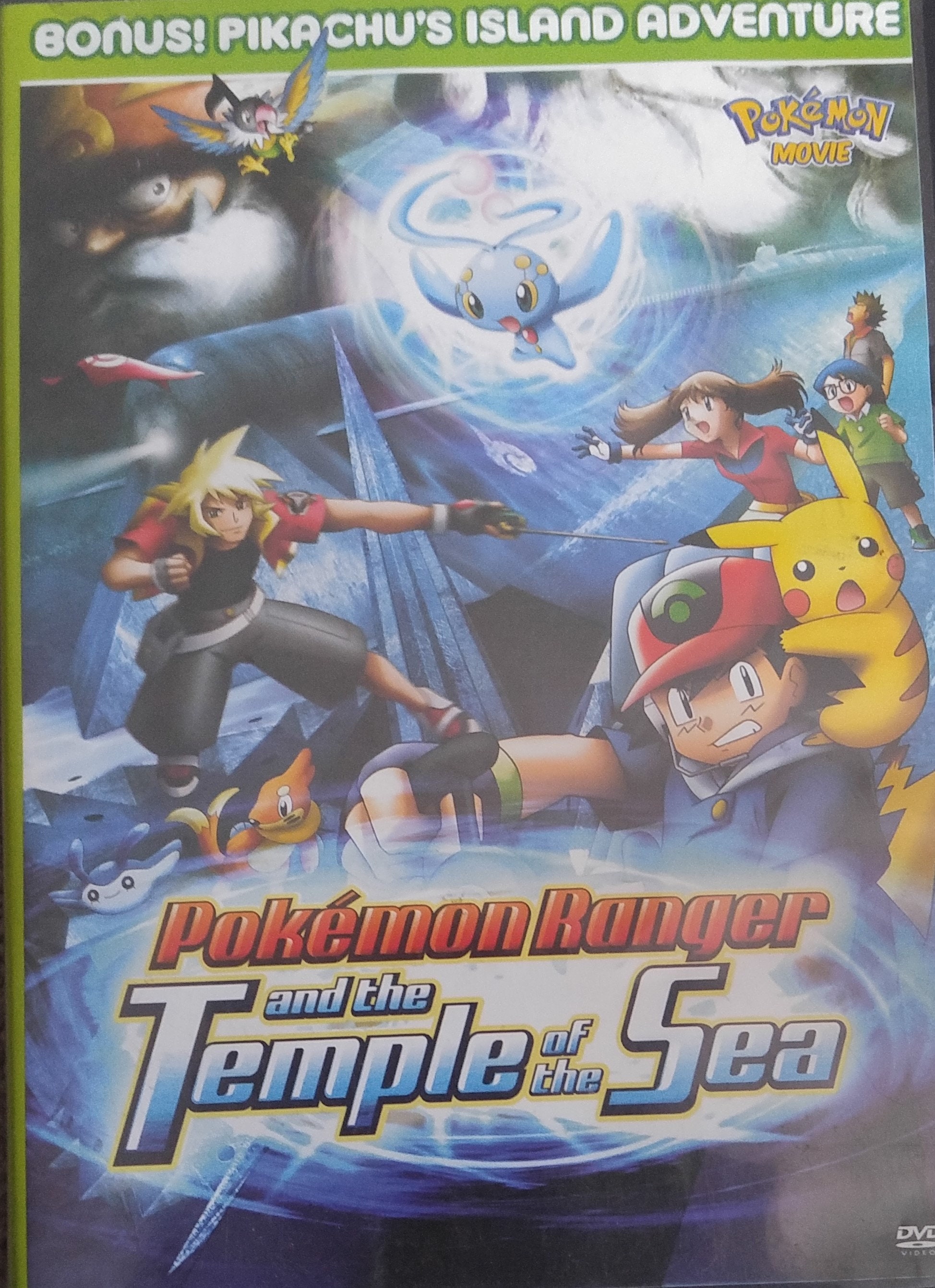 Pokemon Ranger Temple of the Sea

Pokémon Ranger and the Temple of the Sea,[Note 1] is a 2006 Japanese animated fantasy film, the ninth in the Pokémon film series, and the fourth and last to be set in the Advanced Generation series. Directed by Kunihiko Yuyama and written by Hideki Sonoda, the story follows the Pokémon trainer Ash Ketchum, his Pikachu (Ikue Ōtani), and his friends May, Max, and Brock as they help a Pokémon Ranger named Jack Walker to deliver the Mythical Pokémon Manaphy to an undersea palace called Samiya while evading mercenaries led by Phantom the Pirate.

It was released on July 16, 2006, in Japan, and aired on Cartoon Network in North America on March 23, 2007. It is also the first Pokémon movie to be not be dubbed in English by 4Kids Entertainment, but instead by The Pokemon Company International. The events of the film take place during the ninth season of Pokémon.