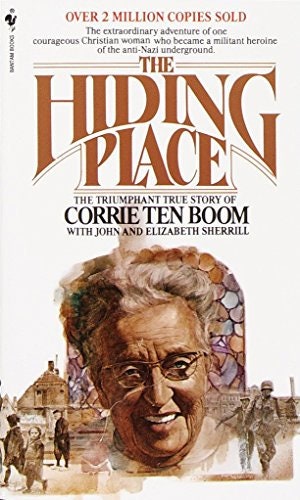 The Hiding Place is a nonfiction memoir about Corrie ten Boom's experiences in World War II. A bestseller after its publication in 1971, it tells the story of how ten Boom and her sister, two unmarried women in their 50s, became involved with the Dutch underground during the Nazi occupation of the Netherlands.